System Configuration is lost, what is wrong?

The corruption of the clarity.cfg file may happen in numerous ways. Here are the two most common situations:

All data, such as methods, sequences, data files, calibrations, etc. are saved on demand and are not corrupted when a similar situation arises. The clarity.cfg file holds the information of the Directories and the System Configuration settings, that are lost, so they must be set manually once more.

The station should now be in the configuration as before the failure.

To prevent this from happening in the future if the reason was the sleep mode follow the procedure: 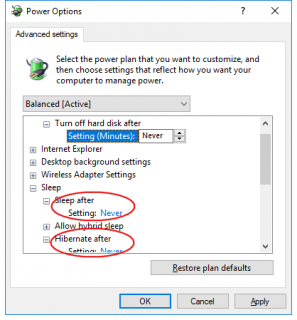 Corruption should be prevented in the future. Of course, if it was caused by another reason, such as instabilities in the power network, only a good stabilized backup power source and backing up your configuration may help.